This blog series will focus on the highlights from different Cash Practitioner Development Programme deployments in 2021, allowing practitioners to share what they have learnt and experienced during their Cash School learning deployments.

The Cash Practitioner Development Programme aims to expand the ready pool of cash experts available to deliver humanitarian cash assistance, and to strengthen the community of qualified practitioners with up-to-date skills in all areas of cash assistance. Cash deployments are a key element of participants learning schedules, these deployments aim to enhance skills and confidence in implementing cash based assistance. Some deployments are run in partnership with NORCAP, with practitioners accessing deployment opportunities from a range of humanitarian agencies.

Where were you deployed? 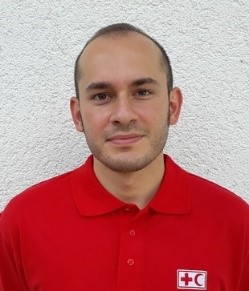 What type of CVA work did you complete as part of the deployment?

During the deployment, I have supported the Indonesia Cash Working Group (CWG) to develop Minimum Expenditure Basket (MEB). In order to facilitate the MEB development process for the CWG, I worked on creating a framework document which the CWG benefitted to shape the discussions on how to calculate the MEB in the best way possible as per their operational needs. This required an intense secondary data review and analysis as well as timely and swift coordination with all members within the CWG.

What was the area you learnt most about?

The areas I learnt most about and grew my skills in were:

What was a ‘stand out’ moment for you on your deployment?

Joining a cash working group for a specific task and for a limited time frame has its own challenges such as developing a mutual understanding between multiple partners and working in close collaboration in a systemized and coordinated way. It was a great feeling when all CWG members agreed upon the geographical scope of the MEB after several discussions and I was quite happy that I could contribute to CWG’s decision making process in a positive way.

Another moment that stood out for me during the deployment was when we, as the CWG, have engaged with the broader humanitarian scheme in Indonesia for their contributions on the MEB. Collecting inputs from different clusters including health, shelter, education etc. have helped the CWG to understand the needs better and make informed decisions about which food and non-food items must be kept within the MEB, which would serve as a baseline for future discussions around assistance amount.